With stellar views of the city, the ocean and light streaming in from all sides, it’s an apartment any of us would kill for. Which is why we completely understand when actor Jacqueline Fernandez moved higher up in the same building in suburban Mumbai. But the empty shell wasn’t quite home enough, so Jacqueline did the next best thing and enlisted the help of her friend, ace interior designer Ashiesh Shah. “My brief was simple. Jacqueline wanted to feel like she was on a holiday even when she got home,” he says. The inspiration for the home came from Jacqueline herself, who wanted to recreate the vibe of her favourite city – Paris.

There was however a long way to go before Ashiesh could construct that careful Parisian shabby chic apartment. The first step was decluttering. Her most memorable times, photographs, artworks and a few select pieces of furniture made the cut. Curtains were brought in to create some depth in the space as there were few walls to demarcate spaces. To give the home a casual, lived-in air, he used wooden furniture with a weathered, antiquated feel and cane and rattan pieces.

“There was a constant dilemma we faced – Jacqueline loves white as much as she loves colours and wanted her home to have both,” recalls Ashiesh. To appeal to both her sides, the shell and most pieces of furniture was kept white. Soft furnishings then played a key role in adding colour – the couch was designed to be a certain pink; the rugs had as many colours and cushions from Safomasi did their bit to pop out. Artworks, both bought and gifted took centre stage, photographs popped up at regular intervals, flowers were placed strategically and floating shelves doubled up as a bookcase – all serving the purpose of making the home brighter, more welcoming and making it a true reflection of the Jacqueline's personality. Light streams in from all four sides in Jacqueline’s apartment. Keeping with the Parisian-chic brief, Ashiesh used clean lined furniture with an antiquated look. This corner of the house is dedicated to one of Jacqueline’s favourite hobbies – playing the piano. The floating shelf on top increases the storage space. This also helps add a pop of colour in the all-white space.

The painting above the sofa that serves as a highlight of the space was gifted to Jaqueline by Salman Khan. The salmon-pink sofa and colourful cushions balance Jacqueline’s love for colour with her love for white. Plants are used to bring in a burst of freshness as well as colour in the space.

Ashiesh added a green band across the bottom of the walls to break the monotony of white and create some depth in the room. Light and airy curtains serve as pseudo-walls throughout the house. Raised platform skirting the windows serve a ledge to display souvenirs and also double up as seating.

After Jacqueline acquired this house, she enlisted the hep of her friend, interior designer Ashiesh Shah to turn it around. The brief she gave him was simple – the home had to make her feel like she was on vacation. So, Ashiesh turned to her favourite city, Paris, to design a Parisian-chic abode. Sentimental pieces, coveted artworks and bespoke furniture pack in a punch in what is home to co-founders of Klove, a luxury lighting design studio 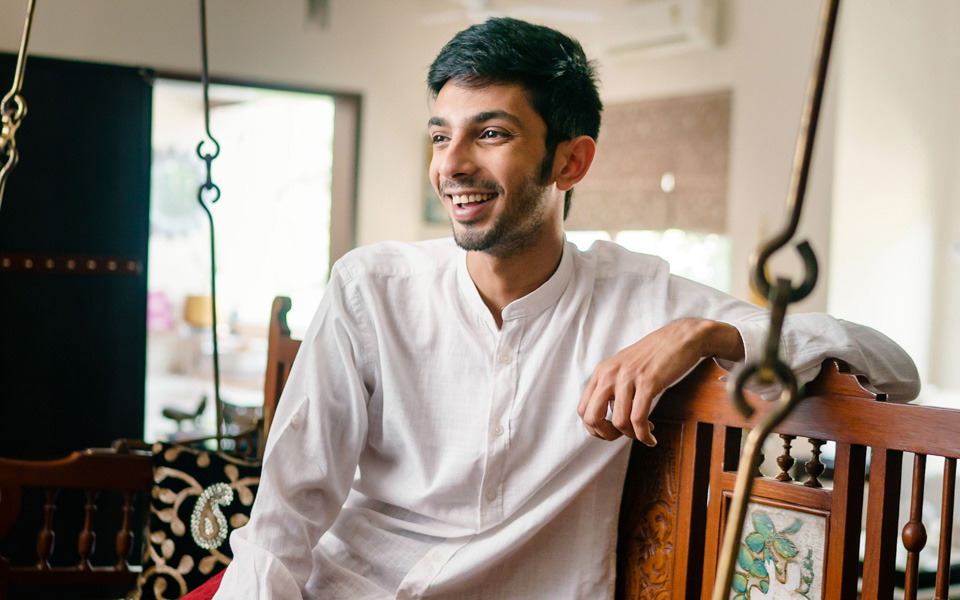