Architect Jason Wadhwani’s 850 sq ft 2 BHK apartment in Mumbai  presented him with a dilemma not unlike that faced by most designers when doing up their own homes, namely – how do I make my home stand out?

“We see so much in the market, and there’s this feeling of wanting to incorporate everything in our personal space. This is where the need for balance becomes key,” he says.

Strikingly simple yet functional – this was the look Jason was looking to bring into his own home. He had been living in the apartment for six years before he decided it needed a change. “My father had originally designed the house and the style was true to that time, with lots of marble and carved furniture that was just not my style. I decided I needed the apartment to reflect “me” after having lived with this look for so many years,” he smiles.

Jason retained the marble flooring from the original design. In the living room, he covered the flooring with engineered wood. Straight lines dominate, with an emphasis on a monochrome theme in this Mumbai apartment. Since the colour palette throughout is predominantly black, white and grey, Jason added a graphic element in the form of a chevron rug from Jaipur Rugs to make the décor pop. In the dining space adjoining the couch in the living room, the deep orange chairs offset the monochrome upholstery.

Most of the furniture in the apartment was customised, including the couch, the mirrored side tables and the clear glass centre table. The pouffes in the living room were brought in from China. One corner in the living room displays a wall panel with a Japanese themed wallpaper, which opens out to reveal a cleverly planned bar. There are several of such expertly planned niches throughout the apartment. In the bathroom, Jason has concealed the unsightly looking geyser behind a panel on the ceiling. In the master bedroom, a customised tufted headboard makes space for a switch panel on the wall.

Jason describes his own style as contemporary and eclectic. “I don’t like to limit myself to just one design style. That feels too restrictive,” he signs off. The furniture and rug in the living room follow the monochrome theme adapted throughout the apartment. Metal and glass accents in the furniture complement the apartment’s monochrome look. A compact dining table set adjoining the furniture in the living room serves as the dining area. The bathroom in architect Jason Wadhwani’s home uses the ceiling for clever storage of unsightly appliances like geysers. The headboard in the guest room is made of a striking tribal print fabric. 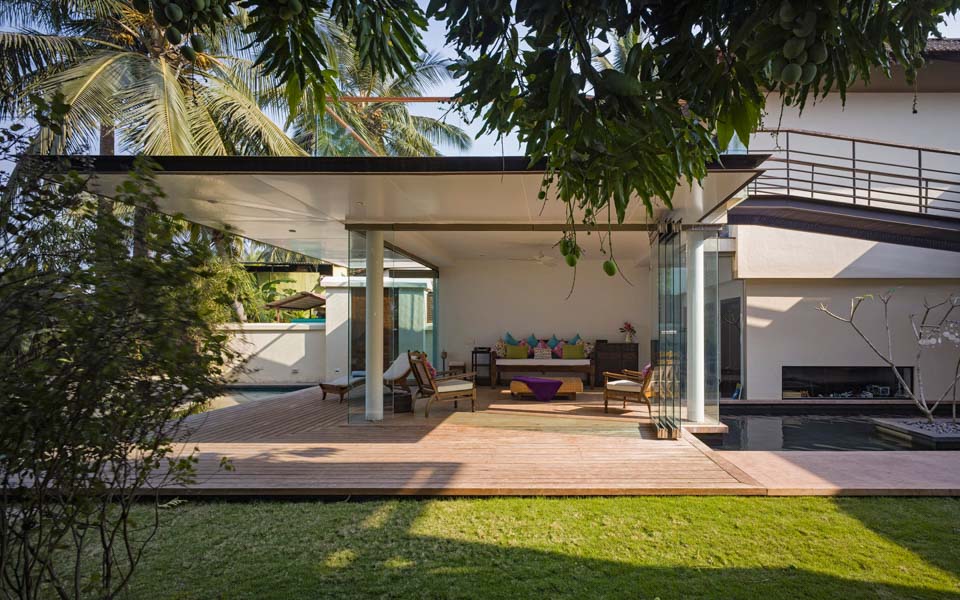 A laidback vacation home in Goa 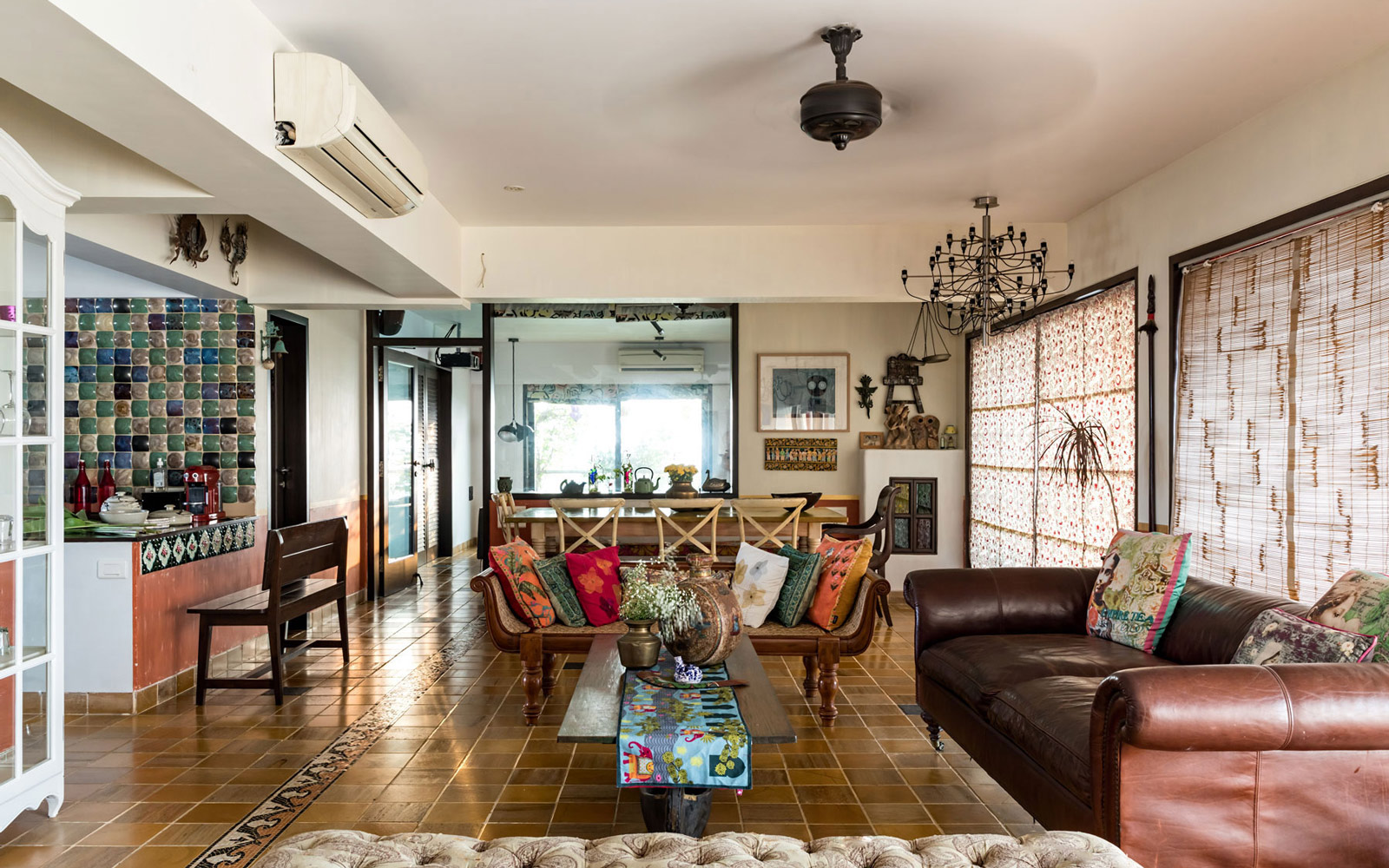 A little bit of Kerala in Mumbai

We take a tour of this tasteful Mumbai apartment belonging to filmmaker Rajesh Krishnan and his wife Sumi, designed by designer Richa Bahl