And for those who want the traditional sadhya without all the effort, fun south-Indian restaurants in New Delhi and Mumbai are now offering the traditional meal on their menu A banana leaf topped with a mound of rice and almost 28 colourful vegetable preparations around it, feasting on a traditional sadhya is a multi-sensory experience. The lunch feast to be eaten with your hands seated on the floor is made by Malayali families to celebrate the festival Onam. Avial, rasam and pachadi alongside injipuli, achaar and pappadam, the meal is a way to bring family and friends together for the festival.
But for the young Malayali the idea of Onam celebrations has changed. The number of dishes in daunting enough without even taking the authenticity of recipes into consideration. To take away the effort from the feasting, old-school restaurants like Hotel Deluxe in Mumbai have been serving the sadhya for years now but new south-Indian restaurants are modernising the concept by tweaking recipes, adding meat to the menu and offering beer to wash down the sadhya.

Says Vidya Venugopal, a lawyer who grew up in Kerala but now lives between Mumbai and Delhi, “The option to have a non-veg sadhya at a restaurant, is not what I grew up seeing,” but it is

something that she understands can broaden the cuisine’s appeal. This is echoed by Dharmesh Karmokar, owner of Thangabali, which has three outlets in Mumbai. He will host a repeat of last year’s Onam pop-up, planned with his friends Vinod and Sarah Jacob Nair (the latter who is a Syrian Christian), and adds that, “maybe we’ll get one or two non-veg dishes on the menu this year, but on an a la carte basis.” New Delhi’s Mahabelly has become popular for bringing Malayali food to the capital. Founded by three Malayali friends who couldn’t find their flavours in the city, they launched the restaurant for everyone whole loves and misses the food and named the place after King Mahabali whose homecoming is the reason Onam is celebrated. The décor includes a fun collection of letter prints by Malayali artist Taarika John, and the playlist has new and old Malayali numbers. “For the festival menu we actually do a fairly traditional version, while the setting remains cool and hip,” says co-founder Thomas Fenn. At Mumbai’s Adipoli the recipes have been in chef Rohit Cheyaden’s family for years but are tweaked for a modern restaurant setting. The injipuli, for example, comes with added prawns and he attributes the idea to his Syrian Catholic heritage.

Over at Mumbai favourite The Bombay Canteen, the restaurant may not celebrate Onam but does annually put together a banana leaf dawaat on Independence Day, close to the festival. Explains chef Thomas Zacharias, “The first year we decided we’d do a banana leaf thali, but instead of doing food only from Kerala, we drew a line from the Bombay Canteen philosophy and take dishes from different parts of the country.” As the dawaat and Onam are almost back to back, the restaurant doesn’t celebrate with a traditional sadhya, but instead Zacharias draws on his memories growing up in Kerala to create dishes for the menu. The pumpkin and petha soup is one such recipe. Use DIY elements such as a napkin ring made using banana leaves with tooth picks. Thangabali will have some non-veg dishes on its sadhya menu this year.

A proper sadhya on a banana leaf seated on the floor may not the most practical option for those in the cities, and whipping up 28 recipes, even less so. But if you would like to host friends and family at home this year, we have simple ideas for the décor below, a banana leaf table mat included! And recipes from some of the best chefs in the country.

Method
1.    Cook the grated beetroot with a little water.
2.    Grind the grated coconut, green chillies, grated ginger half mustard seeds into a smooth paste with 1/4 cup curd.
3.    Combine the curd and coconut paste with the beetroot.Then add the rest of the curd and salt and combine well.
4.    Heat oil for tempering in a small frying pan and add the curry leaves and mustard seeds, when the mustard seeds start popping, add it to the
pachadi.
5.    Mix well and serve over steamed rice. Method:
For the Ada
Prepare a steamer with water in its base. Cut the banana leaves into 5-inch squares, wilt them over an open flame so that they're easy to roll and grease with the ghee. In a small bowl, mix the rice flour with enough water to make a thick, pancake batter like paste. Spread batter enough for a thin layer on the leaf. Roll up each leaf and place in the steamer. Cook for 8-10 mins then open the leaves carefully and cut the steamed dough in 1/2 inch squares.

For the Pradhaman
In a deep skillet, add the thin coconut milk, jaggery, cardamom, ghee, ginger and simmer for 6-8 mins over low heat. Add prepared Ada to the simmering mixture. Add the thick coconut milk and simmer till the payasam is thick and creamy. 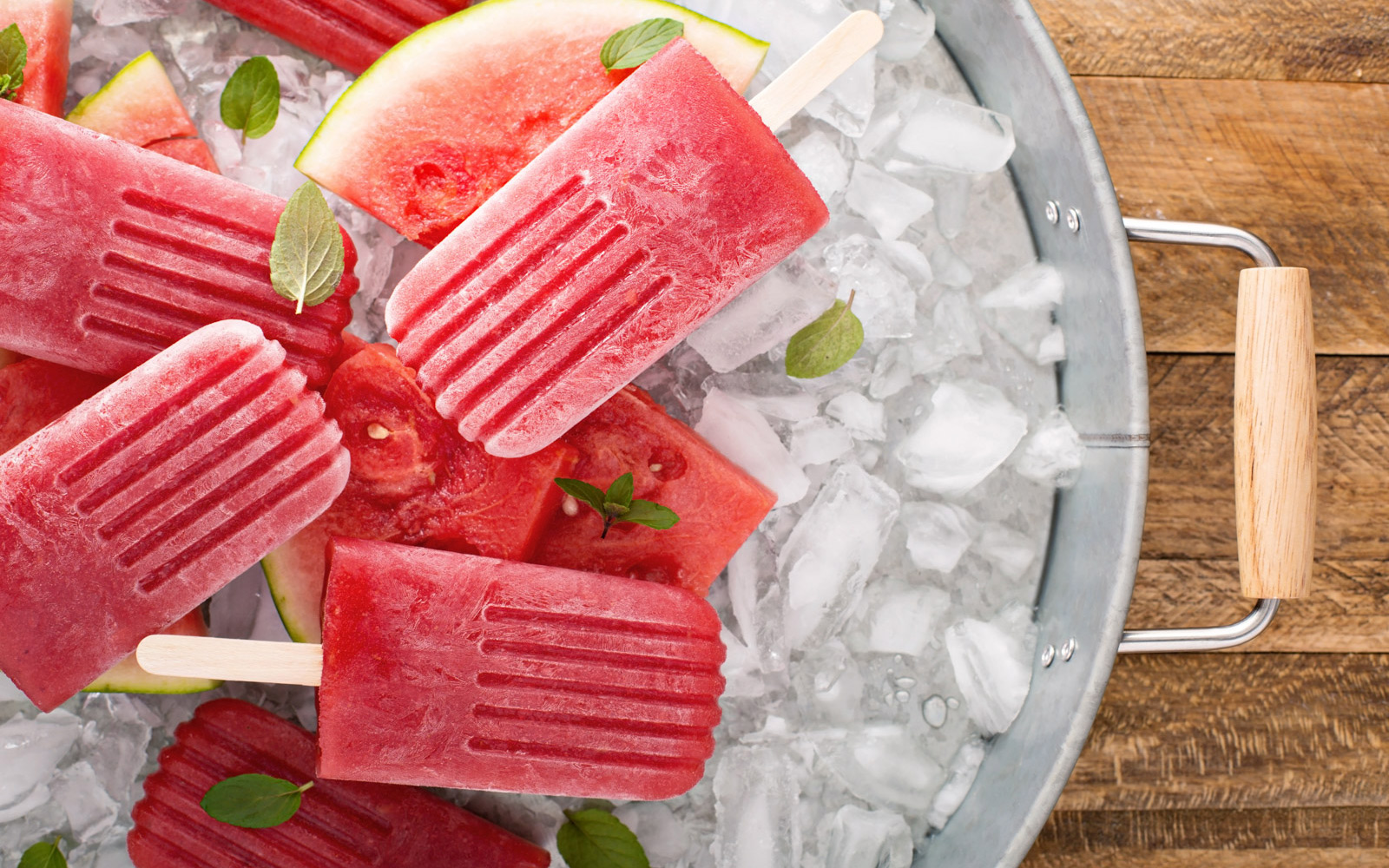 7 healthy fruit popsicles to keep your kids cool all summer (and yourself too!)

Take every opportunity to beat the heat with these nutritious ice lollies packed chock-full of fresh fruits, frozen berries, and yogurt too! 3 Cocktails to ensure you remain merry this season

We asked the folks at Miss T, the hottest new restaurant and cocktail bar in town, to give their signature twist to traditional Christmas drinks 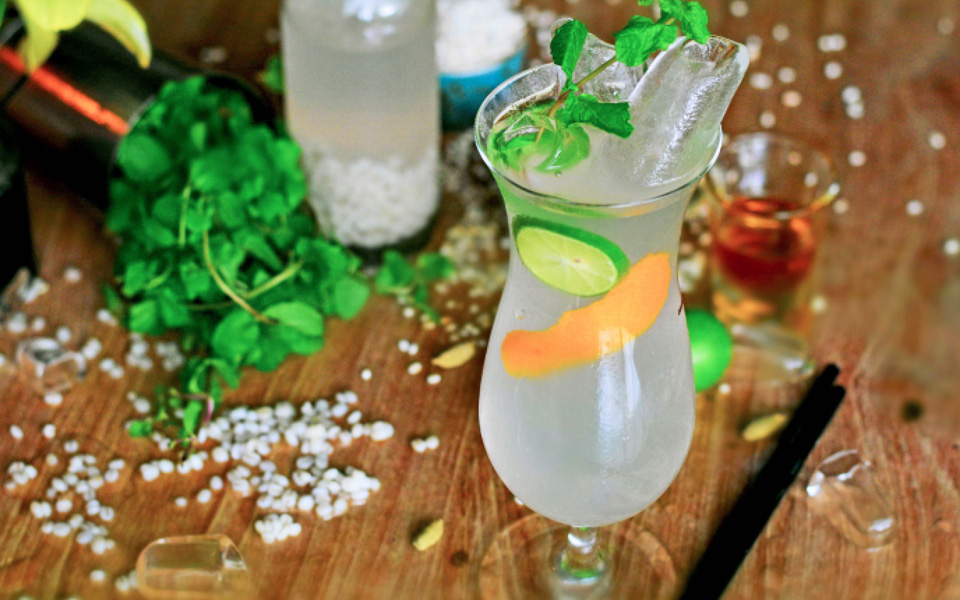