An island kitchen design is one of the more popular and convenient layouts that homeowners opt for nowadays. A kitchen plan with islands is generally installed on the open side of larger-sized spaces and works best in layouts in the U, L or straight shapes, as they have open walls. It can serve multiple functions—a breakfast counter, an additional worktop in the kitchen, storage space and also a space for an extra sink or hob. Islands in kitchens are extremely useful and can help elevate the aesthetic of a space. They even serve as partitions in open kitchens and lend a casual vibe to the design. In the world of modular kitchens, an island kitchen has become a fast favourite among homeowners. An island kitchen design should not be mistaken for a peninsula kitchen design. While both provide extra counter space, a peninsula kitchen layout is one where an existing counter is extended. An island is independent and free-standing. A white and brown island kitchen with matching false-ceiling

An island kitchen in shades of walnut brown and glossy grey A playful mix of pastel blue, white and oak wood shade for an island kitchen with a mini dining crockery 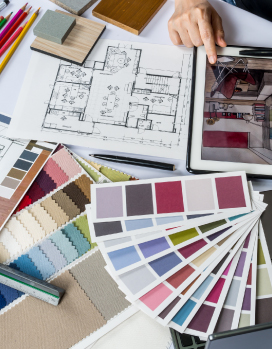 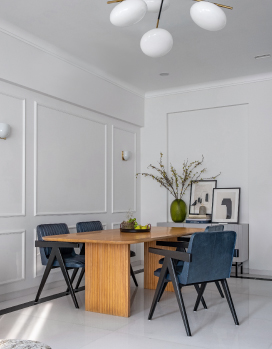 1. Are kitchen layouts with islands a good idea?

If space allows, then island modular kitchen designs are a great idea. Islands can perform multiple roles in the kitchen depending on your needs. For instance, it can double up as a breakfast counter and additional meal preparation area. If you so choose, you can even add an extra sink on the island or a hob (while maintaining the golden triangle rule). An island is also great as a space for storage. Apart from the functional aspects, an island kitchen design layout adds to the aesthetic of your space as well.

2. Can small kitchens have islands?

This depends on how small the kitchen is. Typically, island modular kitchen designs work best when there is some amount of space to work with and in L-shaped, straight or U-shaped kitchens. While a U-shaped kitchen with island design is suited for large areas, a smaller kitchen in the other two layouts can also be planned with a kitchen. However, anything smaller than a 12-foot-long and 8-foot-deep kitchen would not be suitable for an island.

An island modular kitchen design in a 10x10 space would be a very tight fit, will make movement difficult and probably not allow more than one person to be in the kitchen at a time. If this is a closed kitchen, then it may not be a good idea to install an island. For easy working and movement, it is essential to have enough room around islands, which will be challenging in this size.

4. Where should an island be placed in a kitchen?

The island should be in the middle of the kitchen at the open end that has no walls. this allows for movement around the island and in an open-plan living-cum-kitchen area, the island can also be regarded as a soft partition between the two zones. In a straight kitchen, the island would be opposite the wall and in a modern U-shaped kitchen with island, it would be opposite the central wall. In an L-shaped kitchen with island in the centre and at the open end is how you would go about the design.

5. How can Beautiful Homes help you design a modular island kitchen design?

We are a full-service interior solutions company and look into every aspect of design and decor when it comes to residences. We have a gamut of styles and layouts when it comes to all kinds of kitchens, including the modular island kitchen design. Our interior designers can help you get the ideally suited island kitchen interior design for your particular space, size, kitchen dimensions as well as your particular needs. Whether it is an L-shaped kitchen with an island or a U-shaped one, we have a plethora of kitchen plans with island for you to choose from.

An island kitchen design is one of the more popular and convenient layouts that homeowners opt for nowadays. A kitchen plan with islands is generally installed on the open side of larger-sized spaces and works best in layouts in the U, L or straight shapes, as they have open walls. It can serve multiple functions—a breakfast counter, an additional worktop in the kitchen, storage space and also a space for an extra sink or hob. Islands in kitchens are extremely useful and can help elevate the aesthetic of a space. They even serve as partitions in open kitchens and lend a casual vibe to the design. In the world of modular kitchens, an island kitchen has become a fast favourite among homeowners. An island kitchen design should not be mistaken for a peninsula kitchen design. While both provide extra counter space, a peninsula kitchen layout is one where an existing counter is extended. An island is independent and free-standing.

Benefits of Having an Island Modular Kitchen

How To Choose the Perfect Island Modular Kitchen Design

The key advantage of any modular kitchen is that it allows for personalising the space according to the requirements of the homeowners while offering the gamut of choice in terms of materials, budget etc. The same is true for a modular island kitchen as well. Depending on the specific needs of the homeowners and the space and budget available, there is a variety of choices when it comes to picking the perfect island modular kitchen design.

To install an island in the kitchen, space takes on considerable importance. An island in a very compact kitchen may end up making the space very cramped and inefficient. Therefore, the amount of space available in the kitchen is key to determining whether a modular island kitchen design is suitable or not. As a general rule, there should be some space around the kitchen island to ensure it does not overwhelm the space. So ideally, an island works best in a kitchen that has a length of at least 12 feet and a depth of 8 feet.

In general, when it comes to interior design, the kitchen design and layout account for a generous amount of the planned budget. This is because kitchen design is a long-term investment, where large-scale design changes won’t be expected for long lengths of time. As such, if homeowners are planning for an island modular kitchen, then budgeting is even more essential because kitchen layouts with islands are not cheap. Homeowners who do make kitchen plans with island will therefore determine the design of the island (material, colour, etc) based on the budget they have.

Modular island kitchen designs are available in a variety of materials from plywood and hardwood to laminate and acrylic. While finalising the island kitchen model that works best in the space, care should be taken to ensure that it resonates with the overall design aesthetic of the house. Kitchen layouts with islands mean that the island countertop should be in a material that matches or complements the rest of the space.

As with materials, the colour picked for the kitchen layouts with an island should complement the colour scheme of the rest of the kitchen as well as the overall aesthetic of the house. There is potential to experiment with adding some bold and bright accents for the island that offset the rest of the space. This is easily possible if the hues chosen for the island kitchen model are in the neutral spectrum.

Based on Kitchen Furniture and Appliances

When it comes to island modular kitchen designs, kitchen furniture and appliances need to be planned around what the primary function of the island would be. If the idea is to use it as a space for breakfast and additional kitchen prep work like chopping and cutting vegetables, fruits, etc, then the kitchen furniture needs to be planned accordingly (such as stools or chairs to sit on). If the island is meant to be integrated into the cooking, then homeowners need to decide if it is to have a hob and chimney set-up or an extra sink. In case of storage, plans should accordingly be made for under-counter or overhead, free-standing storage options. 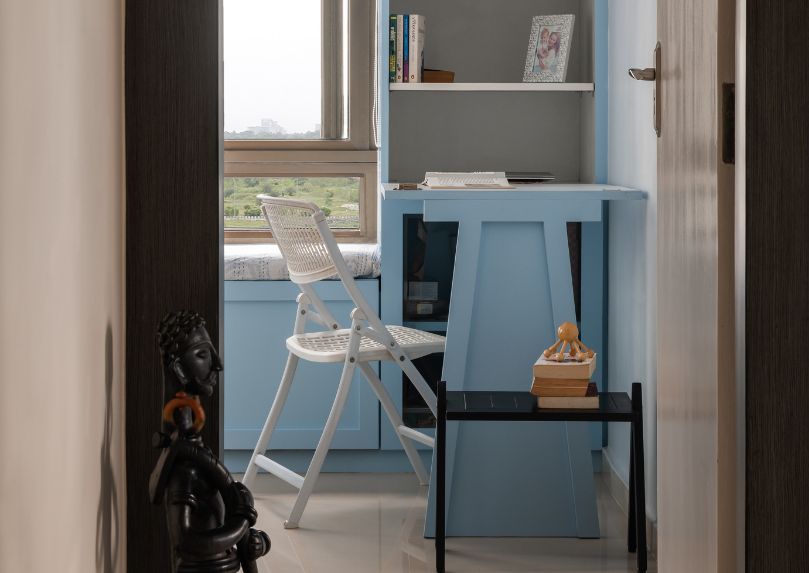