The first to create inflatable furniture, this Danish design legend is the name behind some of the most recognisable pieces of modern times

Who can ever dismiss the unique shape of the iconic Panton Chair? Chairs, until this one came around, were always shaped basis a geometric shape. But Verner Panton, the genius creator of his namesake chair, was known to break the mould.

He experimented with irregular shapes and materials (most notably, plastic), brought his personality to the fore to create colourful designs of everything – from model lamps to interior décor – making him one of Denmark’s most influential 20th-century furniture, product and interior designers.

Panton, established his own design studio in 1955 and went on to design his first iconic piece, the Cone Chair in 1958. Then came his second, and by far best-known works, the Panton Chair in 1960. It was around the same time that he began designing lamps for Louis Poulsen. The Topan lamp came first in 1959, closely followed by the Moon lamp in 1960. Although, his designs went out of style for decades, they regained popularity at the end of the 20th century. So much so that Panton’s most well-known furniture models are still in production.

In 1964, Panton reached out to J Lüber AG, a Swiss lighting manufacturer, about a lamp he had designed that comprised hundreds of small reflective discs. Panton’s wife Marianne created the first prototype using discs cut out of silver foil. Though Lüber liked the concept, the company expressed reservations about the material. So, Panton chose to achieve a similar effect using thin metal sheets, which is how the lamps are produced till date.

Panton’s interior design projects, included several for German chemicals group, Bayer. It all started with Panton designing Bayer’s stand at the Cologne furniture fair in 1968. Panton, created an exhibition ship, Visiona 0, and a length of quayside adorned with round, bright discs made of dralon, the fabric Bayer wanted to promote. It was a sensational hit. It led Panton to work on the furnishing of the Spiegel Publishing House in Hamburg, where he used his architectural degree from Copenhagen’s Royal Danish Academy of Fine Arts, School of Architecture, as well as his experience of working with Arne Jacobsen’s architectural practice in the early 1950s.

Before he passed away in 1998, Panton had famously said that the main purpose of his work “is to provoke people into using their imagination. Most people spend their lives living in dreary, grey-beige conformity, mortally afraid of using colours. By experimenting with lighting, colours, textiles and furniture, and utilising the latest technologies, I try to show new ways, to encourage people to use their imagination and make their surroundings more exciting”. And so he did.

Born in Gamtofte, Denmark, Verner Panton worked in Arne Jacobsen’s firm from from 1950-1952 before founding an independent studio for architecture and design in 1955.

The Heart Cone Chair now produced by Vitra takes its name from its heart-shaped silhouette where the extended wings of the backrest are reminiscent of Mickey Mouse ears, but can also be interpreted as a contemporary development of the classic wingback chair.

The Flowerpot lamp designed by Panton in 1969 inspired by the Flower Power movement of the 1960s.

An all-plastic chair made from one piece, the chair was a collaboration between Vitra and Panton. An original version of the chair in a glossy lacquer finish is still marketed today under the name Panton Chair Classic.

The organically shaped Living Tower furniture sculpture by Verner Panton can be used on four different levels. Over two metres high, the upholstered seating tower has a birch plywood frame. 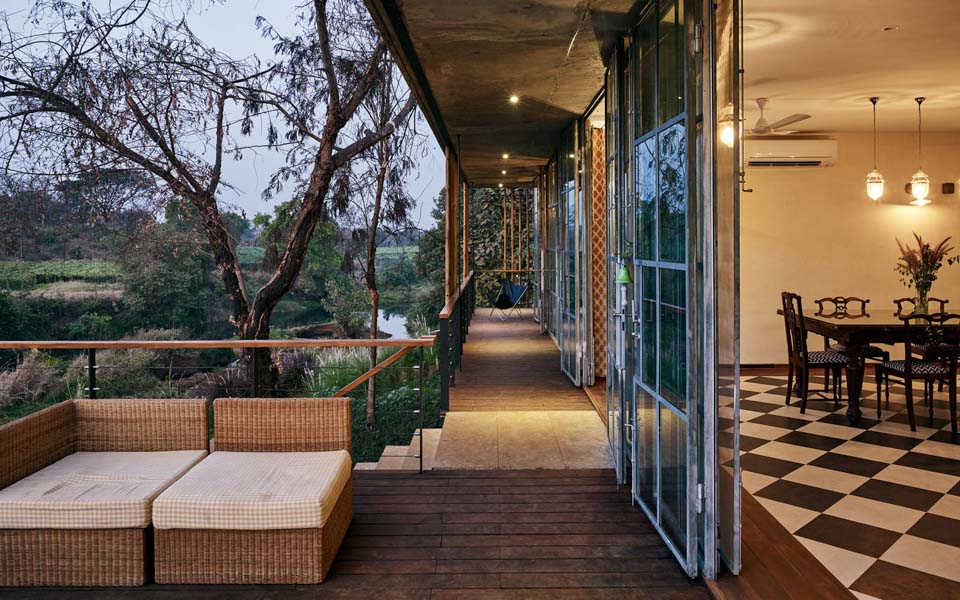