For decades, architect Tony Joseph, co-founder of Kozhikode-headquartered practice Stapati, has been creating beautiful hotels—for others. They are a significant part of his oeuvre and include Goa’s Alila Diwa with its laterite-infused design, and Kerala’s decades-old Kumarakom Lake Resort. The latter is acknowledged as one of the most successful examples of the seamless blending of the state’s traditional architecture with contemporary modcons (modern conveniences). Now, Joseph has designed yet another hotel, but this time, it’s his own.

Mandalay Hall, the brand-new five-room boutique hotel, sits quietly on a historic street in one of the prettiest neighbourhoods in Kerala. Jew Street, the once-residential Jewish quarter in Mattancherry, is one of those bucket-list places for most tourists to this city. Mandalay Hall is conveniently located a few steps away from some of the area’s icons, including the Paradesi Synagogue; and the home of Sarah Cohen, the oldest living Jewish resident in the city.

But for all its historicity and charms, Mattancherry is a crowded place, with too many people vying for your attention, and far too many trinkets on sale. After all that, stepping within the wabi-sabi walls of Mandalay Hall feels like you’ve been secreted into a bolthole decorated by a genie. Or Joseph, in this case. In the world he’s created here, the details are impeccable. Aesthetics rule everything, from the staff uniforms to the hardwood furniture, which recalls Kerala’s fondness for sturdy modernist design, locally produced minimalist accessories, high-end fittings—there’s a tub in every room—and gently distressed walls. The space has a simple upstairs-downstairs profile, with bedrooms, library and a specialty restaurant facing a central courtyard and swimming pool.

Joseph’s family has owned this building for many years and opened it out to the organisers of the Kochi-Muziris Biennale to be used as an exhibition space. Now that Mandalay Hall is a hotel, he is sustaining its relationship with art by making the whole thing a ‘living gallery’. Artworks are the stars of the bedrooms, each containing a site-specific piece by a young artist you should probably look out for. It’s very easy to imagine a work becoming the signifying identity of the room—but for the fact that these pieces will change every year, as a new selection of artists make works for the rooms. My personal favourite is the highly Instagrammable rooster that presides over an expansive tropical mural that is still taking shape on the hotel’s courtyard wall. KG Babu, the muralist, says he’ll take another 8 to 10 months to finish the scene he’s been painting, but the mascot rooster is all done.

In Kerala, the word ‘luxury’ is bandied about to describe many hotels that are far from it. But at Mandalay Hall the adjective fits. There’s plenty of reason here to stay indoors and beat the Malayalee summer.

Manju Sara Rajan is a Kerala-based writer. She was the founding-editor of Architectural Digest India, and the former CEO of the Kochi Biennale Foundation. In its most recent avatar, it was a coveted exhibition space of the Kochi-Muziris Biennale, so it seems almost fated that in its new incarnation the space gets transformed into a luxury boutique hotel with art at its core—and owner Tony Joseph, co-founder of architecture firm leading the change. An art-filled hotel that was once an exhibition space for the Kochi-Muziris Biennale, Mandalay Hall has one artwork gracing each of its five rooms. 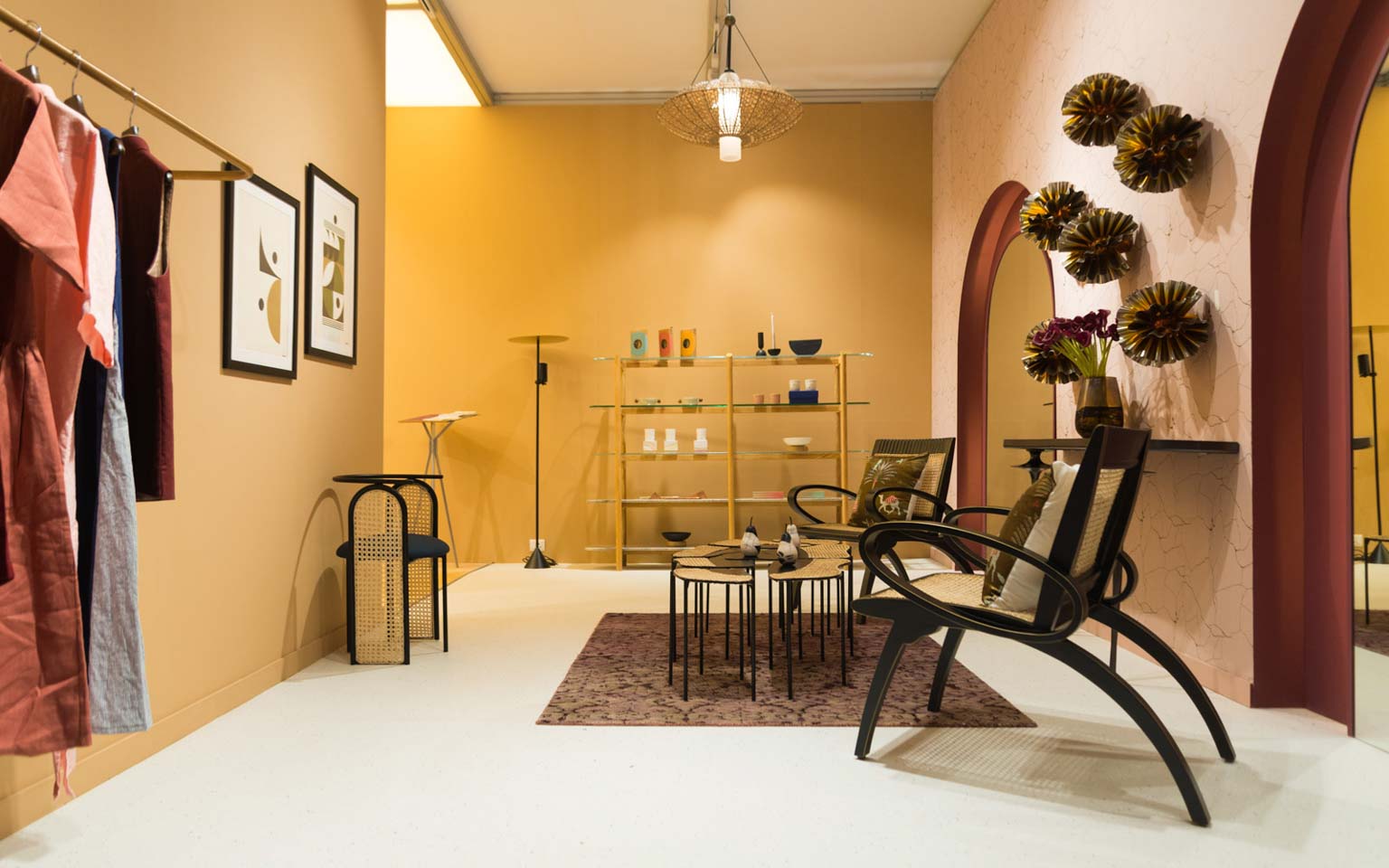 Everything you need to know about 2019’s design forecast Introducing SAR - furniture brand in India that integrates comfort and contemporary design at affordable price. Furniture that evolves with your changing needs and lifestyle. BH Spotlight, our exhibit at D/code 2019, endeavours to bring into focus the hottest emerging brands in product design in India THIS is the colour you’ll be seeing everywhere in 2019

The Asian Paints Colour of the Year 2019 is here. Spoiler: it’s particularly woke!