Things to do at home in the times of the Coronavirus

It was Day Two of the social isolation-stay-at-home-don’t-meet-anyone methodology of Corona prevention put into practice. The streets were unusually empty, not just because it was the weekend, but because people in Mumbai were genuinely worried. Having finished another screening of Sooryavansham, which seems to be running on TV at any given point, and a Telugu film dubbed in Hindi called Khiladi No. 27: The Braveheart starring Sensational Sarvesh or some such, I realised I had nothing to do.

That meant I started looking around—from the couch in front of the TV—to check if anything in the near vicinity needed my attention without requiring any movement. That ended after I had picked out the fallen pieces of chips from my shorts, which left me with no other option but to read and think.

One of the adverse effects of social isolation, as reported by The Week for example, is that divorce rates have gone up in China. Apparently, partners just could not handle many hours trapped indoors with each other. A divorce lawyer in UK told the Independent that self-isolation could bring “simmering tensions” to the surface. “Often when couples face serious and stressful situations, it can lead some to re-evaluate their lives and what is important to them,” she said. Re-evaluation, it seems, leads to the realisation that it’s not working.

Several blogs and media articles have started circulating on how important it is to keep busy—whether or not working from home—in order to retain your sanity. Watching Sooryavansham is definitely not one of them. As a freelancer used to working from home, the situation for me was not dramatically different than any normal day, except that the moment you are told to not do something is when you want to do it the most.

With work drying up a bit, general gloom and doom in the social circle, information overload on WhatsApp, including a long tutorial on how to wash hands while doing jal neti with cow urine, the time seemed apt for setting things right with some home/self improvement.

Scrub-a-dub
Clear the cupboards, throw away things unused for more than six months, donate with generosity and make space. Wash the curtains, shampoo the sofa and dry clean the carpets. There are hidden treasures behind cushions and under couches—for example, I found an old tennis racquet and swore to finally sign up for tennis lessons, assuming that courts would be empty these days. It’s another matter that just hours later the state government declared several closures, which means I can put the racquet back under the couch.

I scrubbed the refrigerator clean and discovered that green chutney, even when it’s several years old, remains green. Cleanliness not only helps with the hygiene in the house, but it’s also good for the soul.

Fix, fix again
I finally got to that dripping jet spray, which left our bathroom constantly wet. Having changed the tap and the pipe, the only thing left to do was the spray head itself. The dripping stopped now, but then the flush is leaking…

I changed a tube-light, bought many attachments to fix another light, which perhaps now needs a professional hand. Some shoes have been resoled, a key has been duct-taped, and the bookshelf dusted. The car has been serviced, the neighbour’s car has been serviced and I am looking for other cars in the building to service.

Move the furniture and art work around, get into DIY mode with plastering and painting, and assemble the shoe rack that arrived from IKEA two months ago.

Workout at home
Apparently, the “fitness community” is going “virtual” because of a bug that’s gone viral. That’s one of the emails I received the other day. There are exercise courses available online, new mobile applications that keep showing up on my phone and Instagram is full of people with impossibly sculpted bodies doing one leg squats. Try online outlets such as Fitocrazy, Nike Training, Keelo, Diva Yoga or Athlean-X for motivation—some free, some paid. Use your home—move around things, rearrange—to create space for exercise. I did five walking lunges during a song break in Sooryavansham to get a pint from the fridge.

Long-term goals
By Day Two, it’s likely you have run out of topics to talk about with the partner/spouse. You are tired and depressed with the news, which is single dimensional. You feel you are up to date with the dos and don’ts. Here is a long-term project: Redesign your home. Sit with your partner and figure how you would like to do the kitchen, which desperately needs work and has been put off for years.

It may not be the best time to get a dozen workers in and out of the house, but the pre-production work can be done. Contact architects, interior designers, choose the colours, brands, look at Beautifulhomes.com for ideas—all stuff that can be done on the Internet or over the phone.

Also, buy that lottery ticket to pay for the redesign.

Godrej almirah has got a makeover

The steel almirah that was a permanent fixture in every middleclass Indian home seemed to have been pushed into the background a bit lately, but the company is fighting back. 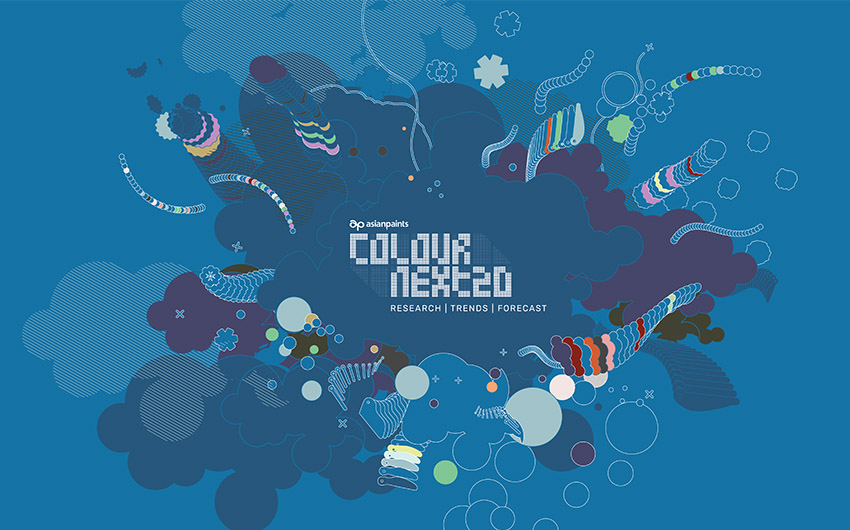 Thinking of buying Indian art? This is a good place to start…

From the democratic world of Instagram, we’ve unearthed artists whose works folks are discussing and designers are buying